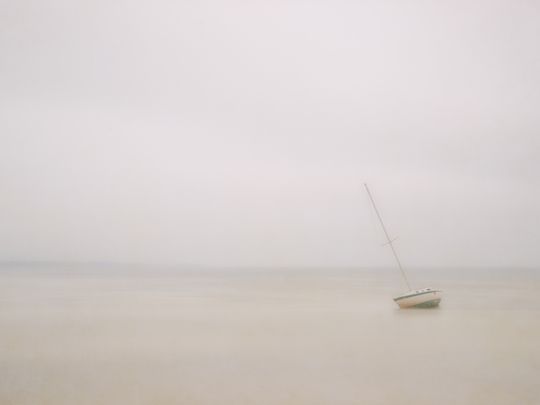 0
Published in In the Community

Several people have asked about many on the photographs on this website and on our social media outlets.  Most were taken by Roger Raepple who has a exhibition coming up in Quincy.

Source: Amanda Sieradzki, Council on Culture & Arts (Tallahassee Democrat).  Behind the camera lens, photographer Roger Raepple surveys boneyards of fallen trees where the shoreline shifts and encroaches on a maritime forest. Moody weather and cloud cover serve as the backdrop for his chosen subject matter. The rest of the photo’s ambiance comes together with curiosity, time, and patience.

Dealing with long exposure photography, Raepple uses a slow shutter speed to capture motionless subjects while blurring moving components like clouds or water. An exhibit of his work at the Gadsden Arts Center & Museum in Quincy showcases some of his favorite shots and will be on display until March 24. One photograph originated from a drive along a familiar stretch of road from Apalachicola. There, Raepple uncovered a scene that continues to be one of his most memorable photos.

“I came upon a marina and a little bay where a sailboat had run aground,” describes Raepple, who set up his camera and tripod, then clamped an umbrella over it to save it from the pouring rain. “It was windy and the water was choppy, but I’ve learned you don’t pass up a shot when you see it because it might not be there when you come back. I downloaded the picture and it became one of my all-time favorite images.”

The mist surrounding the forlorn boat created a “dream world,” according to Raepple, who had never taken a long exposure in the rain before. While some photographers talk about light and dark as being interesting contrasting elements, he much prefers looking at the softness this blur creates against rugged subjects.

Fresh out of high school, Raepple had no intentions of becoming a photographer. He enlisted in the military and was assigned to Fort Myer, adjacent to Arlington Cemetery in Virginia. In the barracks, he befriended two men whose photography hobby rubbed off on him. They took him to a pawnshop where he purchased a Pentax camera, his first, along with a used light meter and lens.

The trio traversed Washington, D.C., photographing the monuments, memorials, and museums that dotted the cityscape. Raepple says Arlington Cemetery always topped the list in terms of favorite spots. After leaving the service, he took a long hiatus from photography to attend college and start a family, keeping sports like hockey, tennis, and baseball as his main pastimes. Raepple says that all changed 10 years ago while walking through the LeMoyne Chain of Parks Art Festival.

“The first exhibitor we walked up to was John Douglas and his picture of Lower Antelope Canyon in Arizona,” explains Raepple, who purchased the photo and befriended Douglas. “I saw that picture and thought, that’s what I want to do. I want to become a nature and landscape photographer like Ansel Adams, go hiking, and try to find places like that.”

Locally, he frequents picturesque spots along the coast from Apalachicola to Cedar Key, but also enjoys traveling to national parks. Among those he’d return to again include Arcadia National Park, the Great Smoky Mountains National Park, and Monument Valley. The Palouse region of eastern Washington is another favorite, often called the Tuscany of America with its rolling hills, but Raepple finds his eye drawn to stark, contrasting landscapes like those found in Death Valley National Park.

“I like simple, clean images,” says Raepple. “I enjoy geometric lines and shapes, and Death Valley just offers that in spades with the lines on the sand dunes and how they intersect. For me, it’s filled with interesting shapes.”

Raepple references photographer Michael Orton — whose books were among the first he picked up when he started pursuing landscape photography — when it comes to the challenges of taking photos. Orton remarks on how much easier it would be to paint, because as a landscape photographer you relinquish control over light, subject, and composition. Raepple cedes that while this is a challenge, he enjoys the experimentation that comes along with the medium.

He admires photographers that “go their own way” and create unusual or different images like Susan Burnstine and Cole Thompson. He’s attended many workshops with Tony Sweet and considers him to be a great influence. However, it was seeing photographer Michael Levin’s long exposure images that redirected Raepple into a new territory.

While past viewers have questioned his use of digital editing programs, Raepple hopes the exhibition at the Gadsden Arts Center & Museum will educate attendees about the techniques. In addition to giving a lecture demonstration workshop on March 3rd at the gallery, visitors will be able to read how long each photograph took to capture with times ranging from a fourth of a second to eight minutes. They won’t see elaborate or flowery titles though. Instead, Raepple prefers “simple titles for simple images.”

Long exposure is not his final destination—Raepple recently finished a portfolio of military monuments, cemeteries, and memorials he hopes will become a self-published book. Regardless of the project, his mission remains the same.

“My favorite saying is from Harold Feinstein,” states Raepple. “He said, ‘show something in a way so that people will feel they are seeing it for the first time.’ I wasn’t consciously aware of it before, but that’s what I try to do with my photography. It’s presenting a subject that we’re all familiar with, but in a different way.”